Be Part of the LUNCH PORTER Family

Sign up to get the latest on sales, new releases and more… 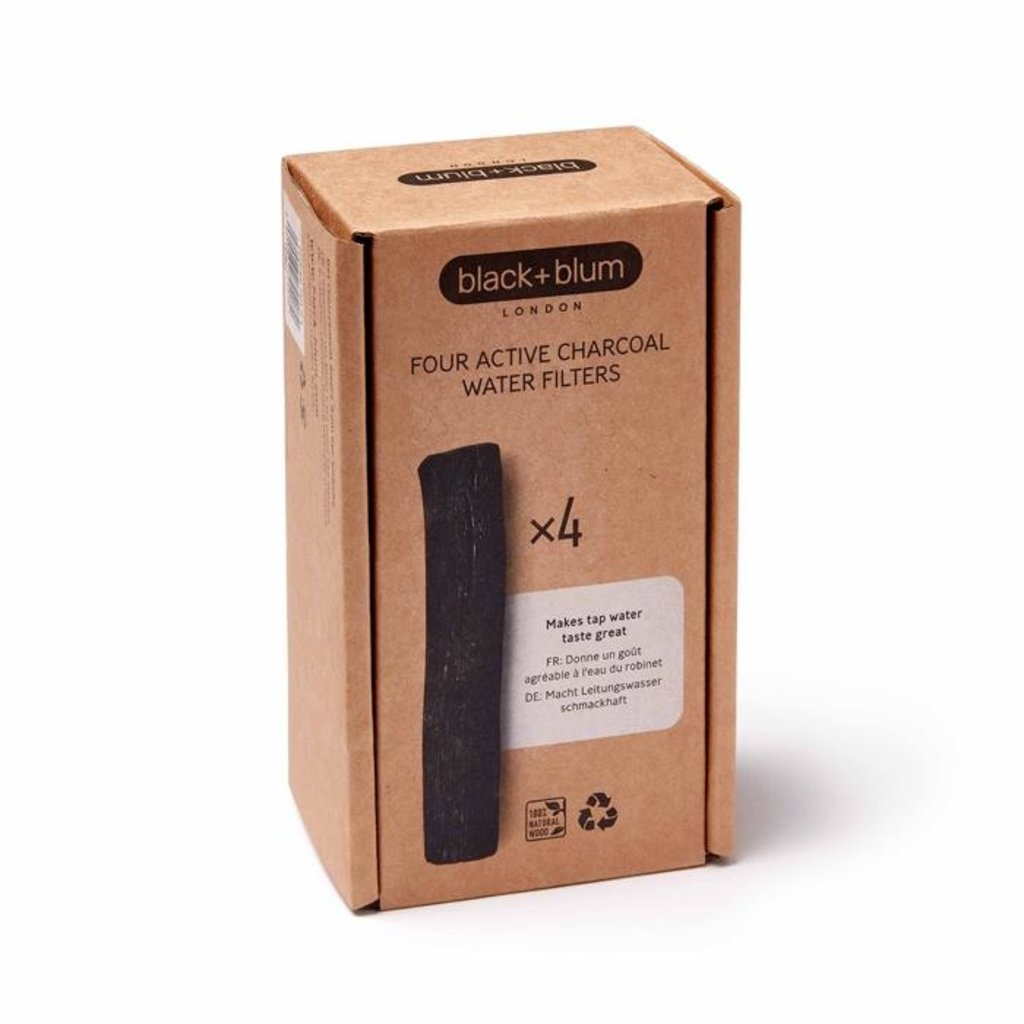 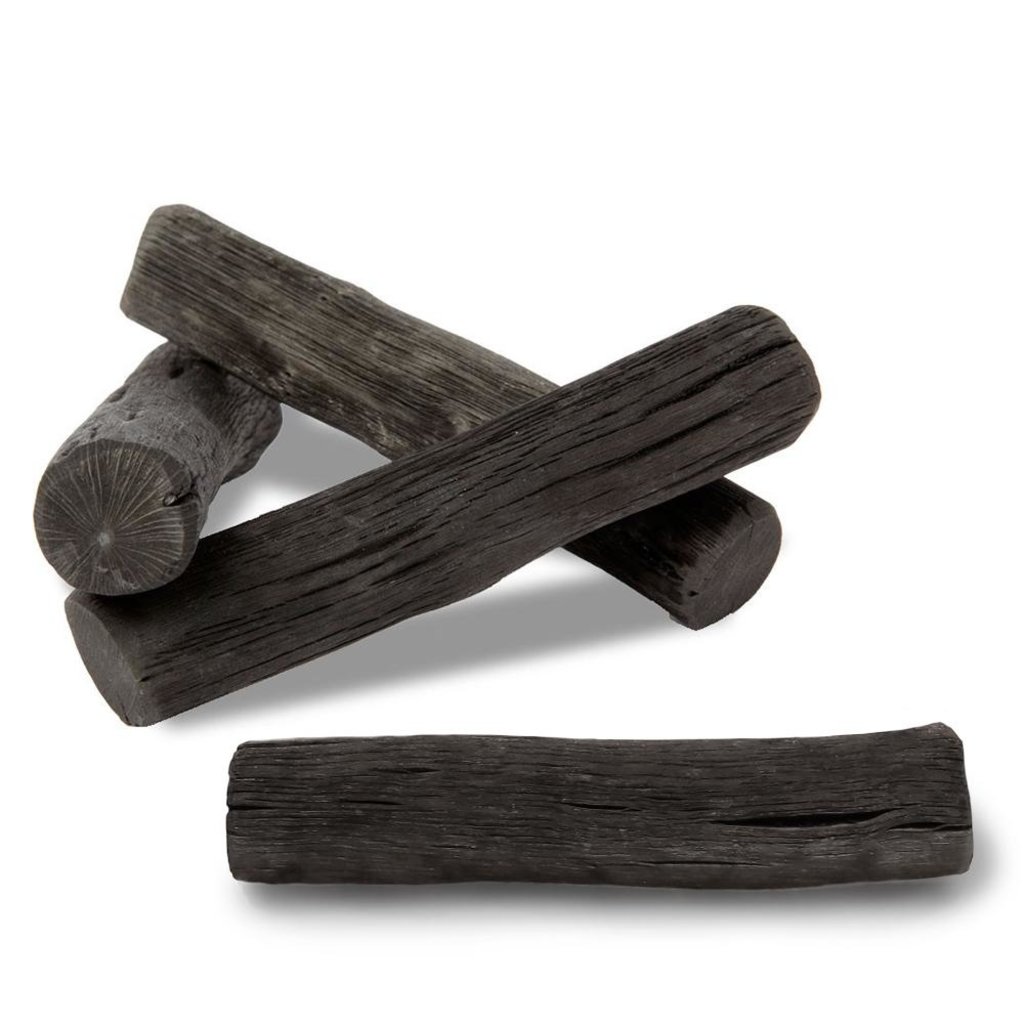 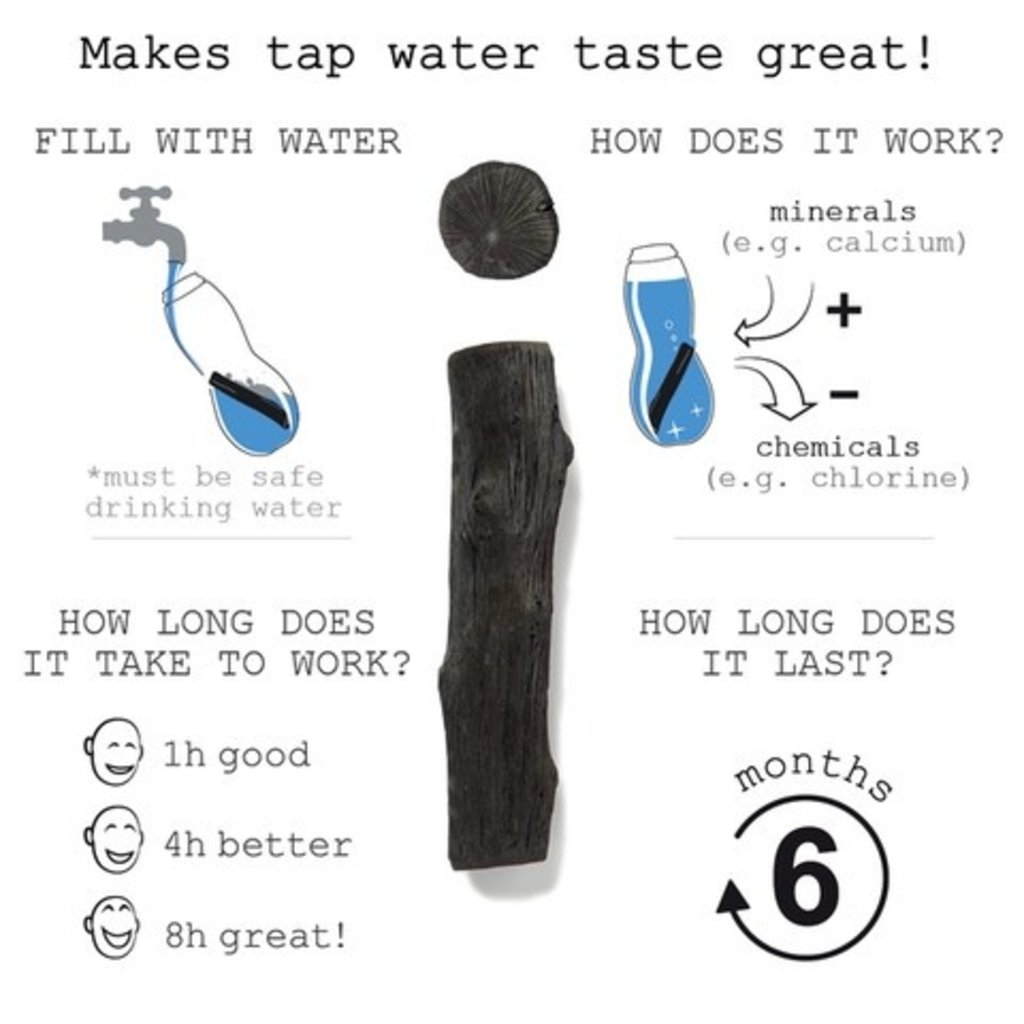 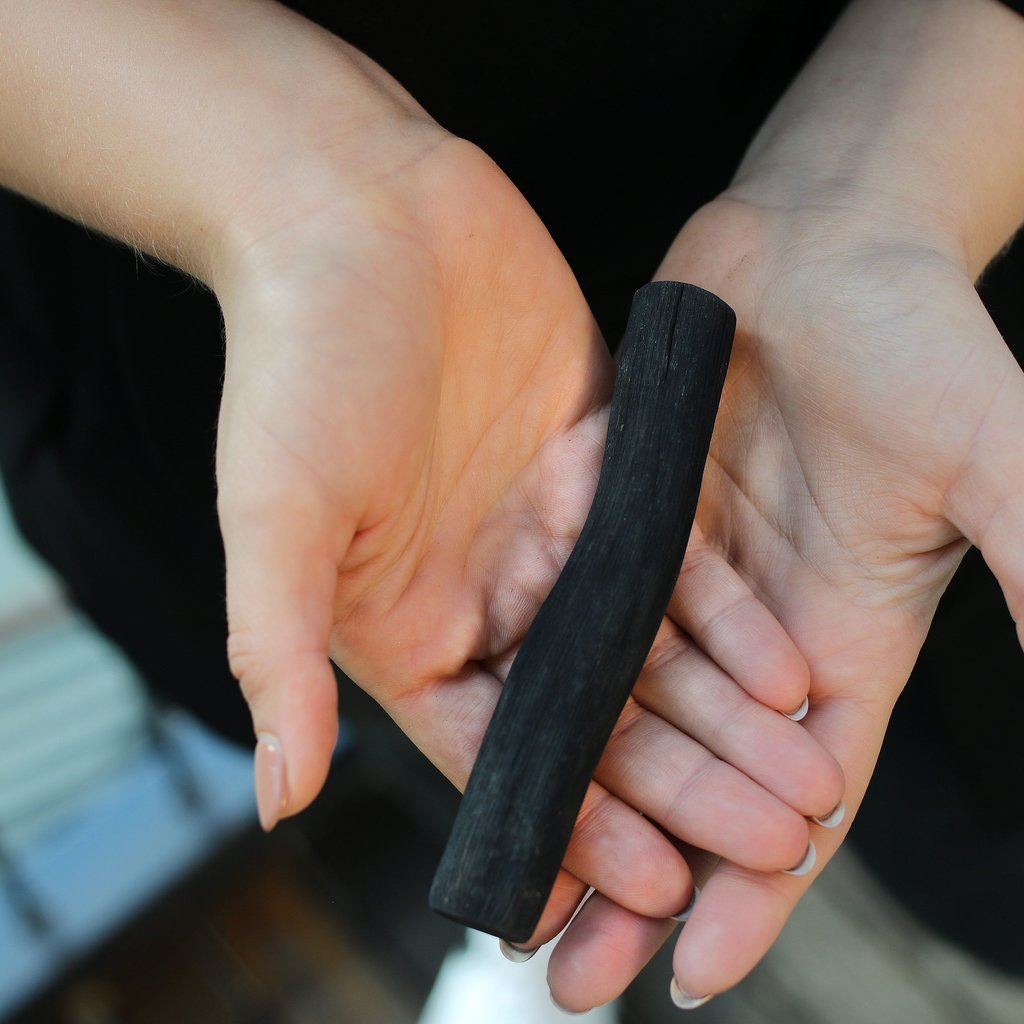 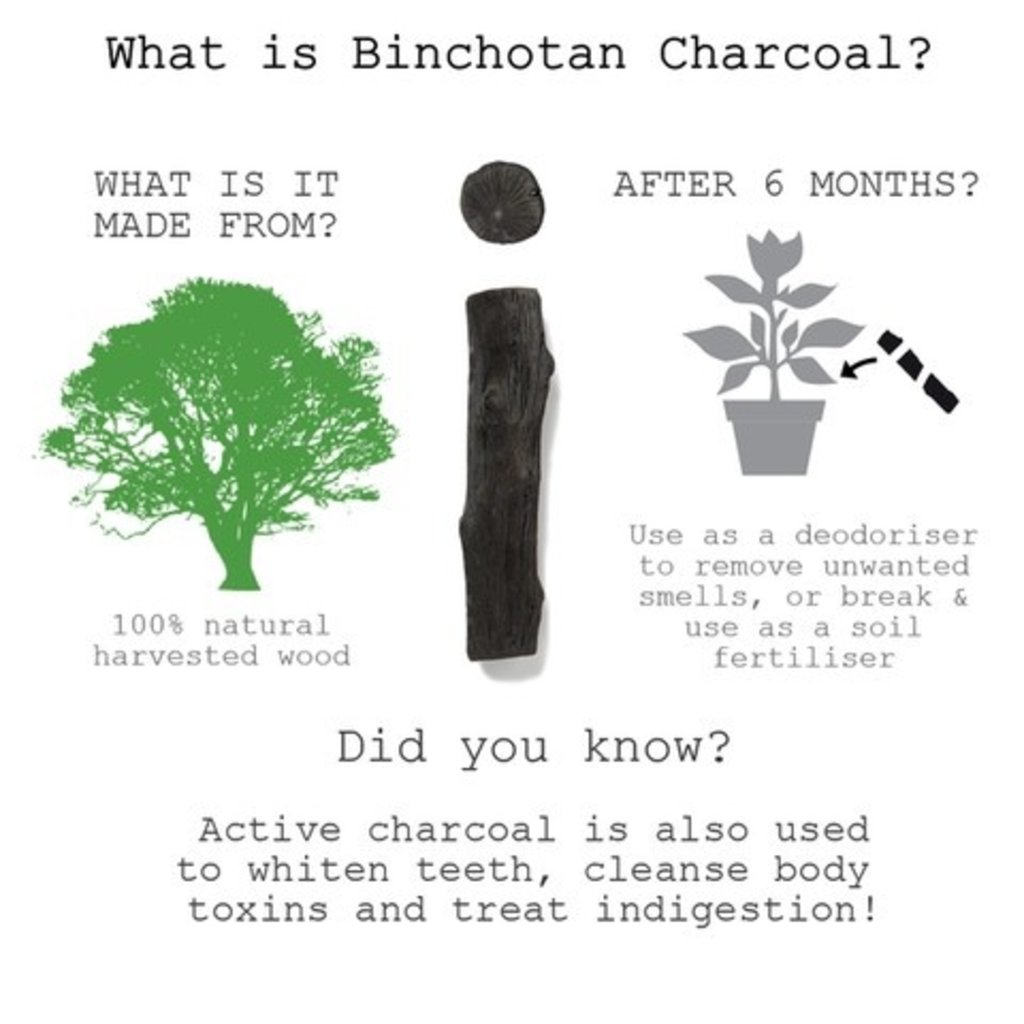 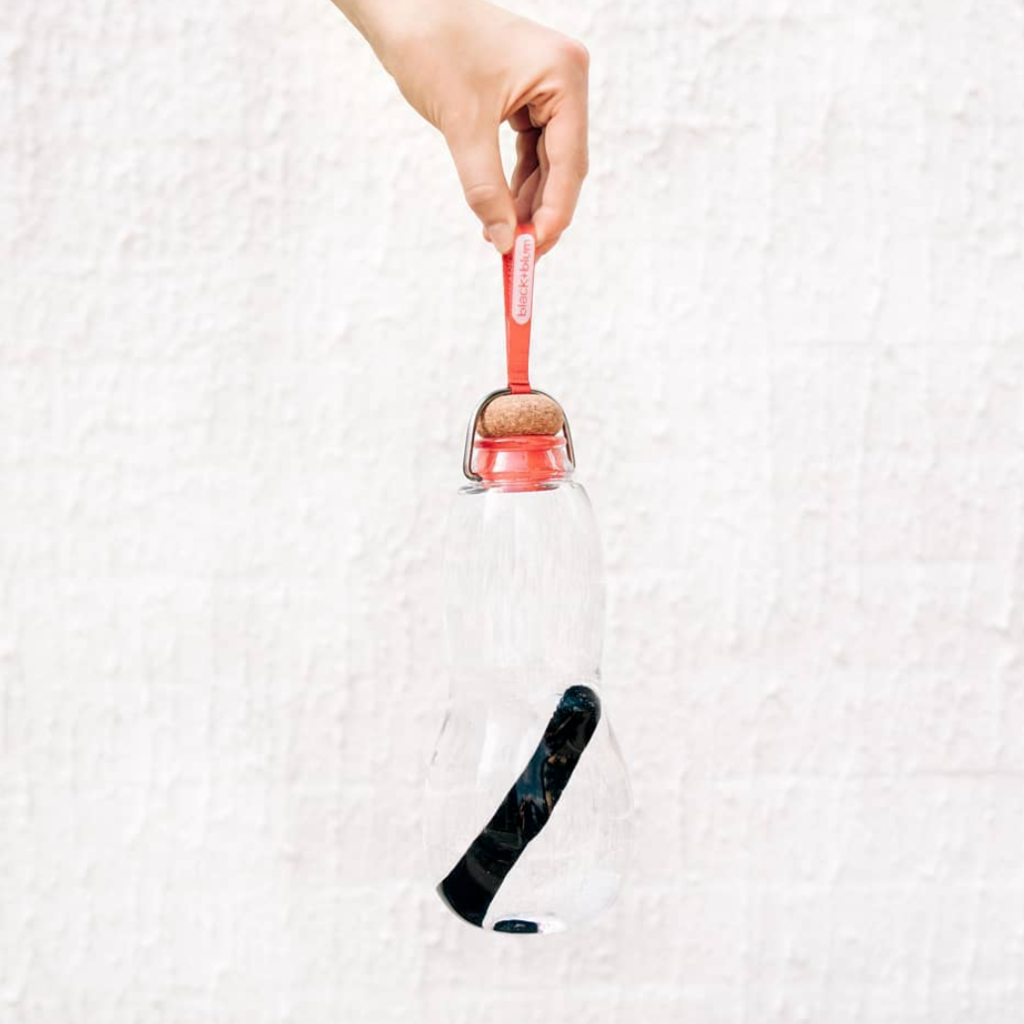 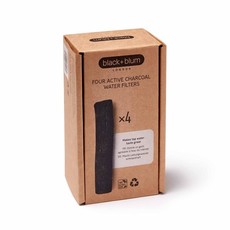 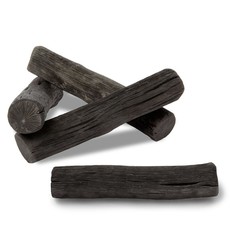 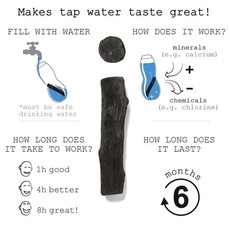 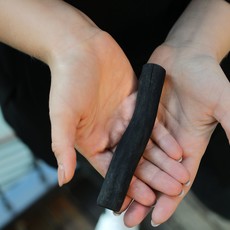 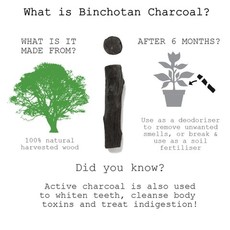 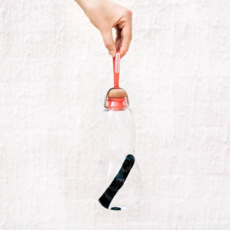 C$42.95
Write a review
A revolutionary product, the Binchotan Charcoal Filter stick ... which has been used in Japan as a water purifier since the 17th century. It reduces chlorine, mineralises the water and balances the pH. It makes tap water taste great!
In stock
Fast Shipping Anywhere in Canada and US*
In-store pickup available Option available at checkout

The binchotan active charcoal can be used for up to 6 months and amazingly recycles for many different uses after this.

Over 22 billion plastic water bottles are discarded around the world every year. We want to reduce this by making tap water taste better and encourage people to stop buying bottled water.

They can be used with most water bottle. 1 Stick is perfect for bottles of 500ml to 1L.

What is the history of Binchotan charcoal?

The origins are not completely clear, but it is believed that a form of Binchotan charcoal (sometimes referred to as 'white charcoal') was introduced to Japan by a Japanese monk and scholar called Kukai 1,200 years ago. It was during the Edo Period (17th century) that a man called Binchuya Chozaemon made it popular.

How is it made?

Sustainably sourced wood is placed in a kiln and charred at a relatively low temperature for some time, then, near the end of the process, the kiln temperature is raised to about 1000 degree Celsius to make the wood red-hot. The charcoal is then removed and quickly covered with a special powder made from earth, sand and ash, and this gives the charcoal surface a whitish hue (explaining the name 'white charcoal'). The rapid rise in temperature, followed by a rapid cooling, incinerates the bark and leaves a smooth, hard surface. If you strike it, you'll hear a clear, metallic sound.

How does it work?

Binchotan charcoal has an incredibly porous surface with tiny cavities oriented in many directions. Just 1 gram has a surface area in excess of 500 m2 (about one tenth the size of a football field). It is also known as active carbon as the ions of contaminants are attracted to the surface of the carbon, where they will be held. It is also able to release minerals such as calcium, iron and magnesium back into the water which enhances its taste and health benefits.

How long will it last?

If you are using your Binchotan with our 'eau good' bottle and fill it up once a day, then it should last three months. You are then able to recharge it by boiling it in water for ten minutes and then leaving to dry in sunlight. You should be able to keep recharging it for a further three months.

What other uses does the binchotan have?

When you have finished using your binchotan as a water filter, it still has many secondary uses.  If you break it up and put it in your house plants, it will add nutrients to the soil that will help the plant to grow. Because of its porous surface, it can be used as a deodoriser to remove unwanted odors in your cat litter, laundry basket, nappy bin or shoes. Binchotan is also an effective moisture absorbent, and can help absorb humidity in the air if placed in a wardrobe.

Binchotan also has many health benefits. It not only dissipates 'hazardous' electromagnetic waves from computer monitors but it also generates negative ions. More accurately, the infrared rays emitted constantly from charcoal reduce moisture in the air into fine particles that naturally change into negative ions.

Your binchotan charcoal is already washed and ready to use. Please do not wash with detergent or soap. Please do not use with flavoured cordials or juices. Please remove the binchotan from the bottle you are using it with before washing it. Pouring boiling water over the binchotan will release the impurities it has been holding.

Occasionally you will notice tiny particles / fragments of the charcoal in the water, but do not be alarmed as it will do you no harm if you swallow them (active charcoal tablets are prescribed to treat diarrhoea, digestion and flatulence).

Total satisfaction or your money back
Have questions? Customer support
Add to wishlist / Add to compare

+ Add your review
Sign up for our newsletter
By using our website, you agree to the use of cookies. These cookies help us understand how customers arrive at and use our site and help us make improvements. Hide this message More on cookies »